The photos on this page were taken by William Finnigan. He  kindly sent us these photos of Merton that he took in May 2022 for the website and made the comments attached to each photo. 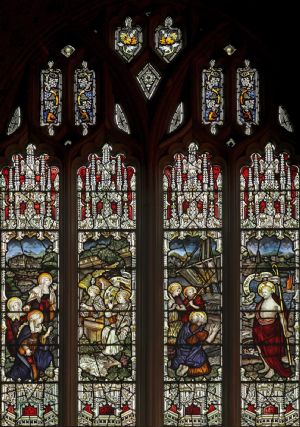 East window over the altar is dated 1898

Kempe, who did your East window, was a noted designer and it is interesting that  this church was able to fund its purchase as he was one of the most expensive firms at the time

Frederick Drake lived and worked next to the Exeter Cathedral and was responsible for work on the Great East Window there. 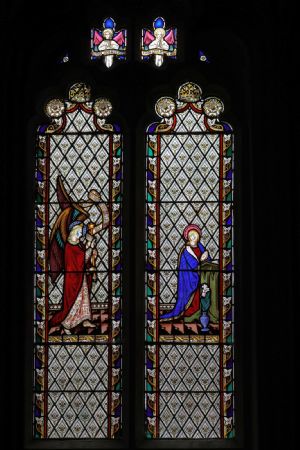 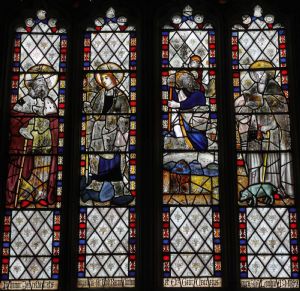 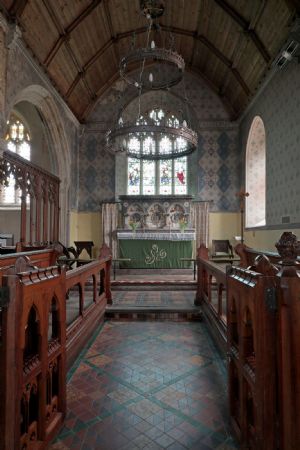 The stencilled chancel is also rather remarkable, an early example. 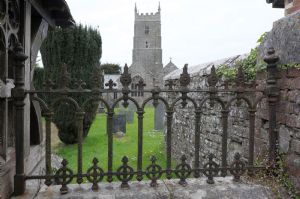 Also interesting to see the church wall retains its iron cresting which is unusual as iron work all over the country was removed during WW1 and WW2 for the "war effort" a sad loss.